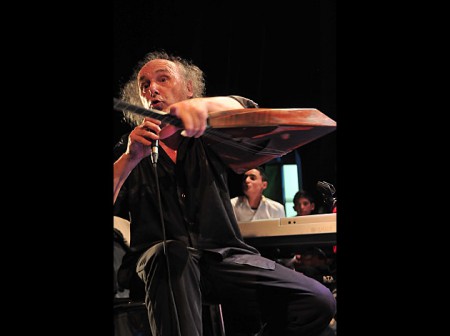 Ivan Akimov was born in Czechoslovakia in 1955. The Prague Spring brought him to Paris in 1968, and in 1972, he began to play in mythical venues of the French capital, such as Raspoutine, Sheherazade, Tsarevitch, Cabaret de la Tour Eiffel, etc. This was the time during which he would meet famous artists such as Aliocha Dimitrievitch and Paul Toscano.

From concerts to galas, his career took him all over Europe. For two seasons, he was the soloist at the Chatelet Theatre in Paris in a Francis Lopez operetta called “Volga”. With this orchestra, he participated in many different programmes on French television, usually accompanied by Yehuddi Menhuin. During this time, he also took part in several recordings with artists such Mireille Mathieu, Dalida, Gilbert Becauld, etc.

In an effort to reconnect with his roots, he was the soloist at the Ukrainian National Theatre in Prešov, Czechslovakia, from 1985 to 1990.

In 1988 Ivan Akimov was the guest of honour of the Soviet Union’s Ministry of Culture.
In 1991, he was the laureate of the Struny Rossii festival and worked in conjunction with the young Romathan Gypsy Theatre of Košice, bringing his 52 artists to Paris in 1994.  From 1990 to 2006, he performed with his ensemble in the Russian Cabaret of Paris – Douchka. His artistic activities are extremely varied, and range from taking part in the fashion show organised by Japanese designer Yoshi Yamamoto in 1999 in Bercy to performing in the Lausanne Opera House in an opera called “The Nose” written by Dmitri Shostakovich, directed by Armin Jordan.

But what truly inspires him is a group of young Rom street children, in whom he seeks to inspire hope by creating the gypsy singing and dancing ensemble “Kesaj Tchave” in Eastern Slovakia. 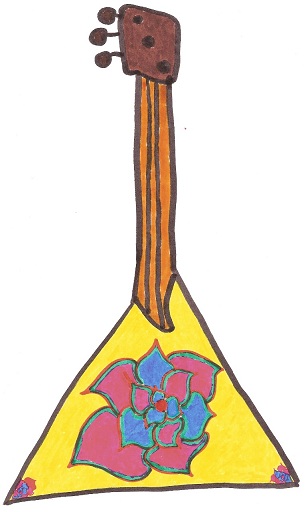 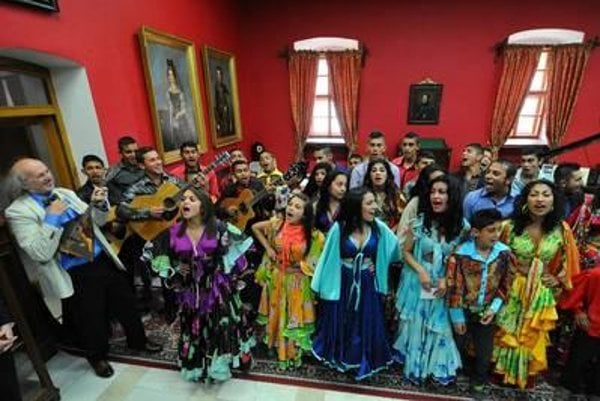 (Knight of the National Order for Merit) at Kežmarok Castle on May 28.

Akimov, who has been involved with Kesaj Tchave already for 15 years, received the French state award for merits, as he is been recognised in French music and culture circles for years.

“Mr Akimov is very modest and doesn’t like to be the centre of attention. He certainly hasn’t done the work he did to receive a state award,” said Lopinot, as quoted by TASR. “However, we have enormous respect for his work and know that what he does is a work truly deserving of this award.”

Kesaj Tchave is probably more recognised in France than at home in Slovakia, as they have performed numerous times in the land of the Gallic rooster and once even at the Olympia in Greece.

“I’m incredibly honoured. However, the greatest award for us is the feeling we experience when we come to the [Roma] settlement and everyone shouts: Mr Ivan, we want to go with you, too,” said Akimov, as quoted by TASR. “I’m certainly overjoyed because I’ve been asking myself every day whether it makes sense to do the things I do. Now I can see it was worthwhile and we can go on.”

The group currently boasts 50 permanent members, with others continuously joining in. Kesaj Tchave enjoys long-term amiable relations with the French Embassy to Slovakia that led to the distinguished state award. Akimov is not saddened that he hasn't been decorated in a similar manner by Slovakia

When describing Roma community Akimov said that there are some problems but he has nothing but deep respect for people in the field: teachers and social workers who do great work despite the fact that they do not receive a “slightest word of thanks for it”.

“Roma are people too, just a little different. It’s possible to work with Roma; it’s just that only negative examples make it to the spotlight,” Akimov. “However, there are successful Roma in Slovakia, with university education, but they’re invisible.” 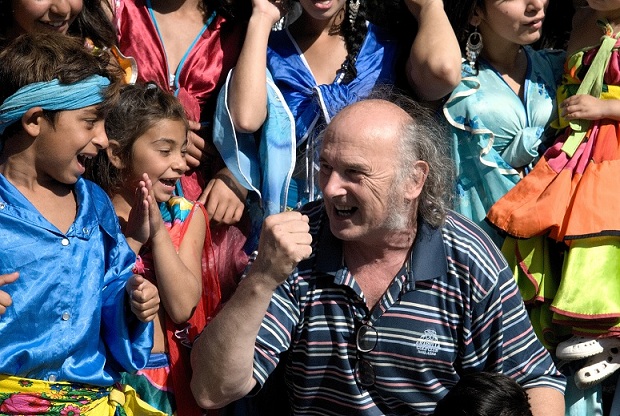 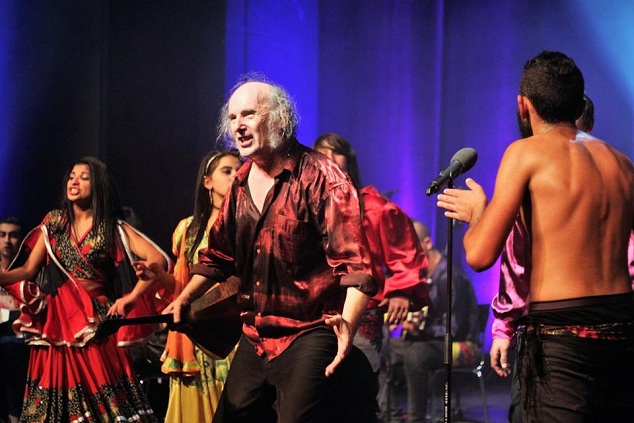 Today is Ivan Akimov's birthday. He is a musician, Gypsy activist and founder and director of the Kesaj Tchavé, based Kežmarok, Slovakia.

Gypsy punk Ivan Akimov, despite his non-gypsy heritage (Russian roots, growing up in France, living in Kežmarok), founded Slovakian gypsy ensemble Kesaj Tchavé (Children of Fairy Kesaj) with his wife Helena in 2003 in Kermarok in the Karpatt, eastern part of Slovakia where there are a lot of Gypsies, they are even in majority in some villages.

He is a professional leader of artistic ensemble for children Kesaj Tchave (from 2 to 15 years old) . But he combines the roles of director, father, elder brother and especially, a great friend of all the performers. He says "It's not about the preservation of folklore, even less about humanitarian help or charity." He manages to bond the children together in a very playful and lively way.

The collective group are called in the gypsy language, present a unique artistic entity. He, at the helm of the project have developed a rare dynamism to respond to the hardships and precariousness of life in a very delicate context in order to give a kind of dignity and a positive image to young gypsies concentrated in slums in Europe.

He have saved this group of gypsy children from an empty and bitter life in the gypsy camps under the Tatra mountains, to which they were predestined only due to their birth. The existence of the ensemble answers the problematic question of gypsy children, who are usually left to care for themselves and live on the streets. Through music and dance, a powerful form of communication in its own right, the souls of these children can be made to blossom. Each of their concerts, where they never fail to win over their audience, shows that the skill and spirit with which they were born is a powerful way to break barriers and change the negative view that is generally given to the gypsy population.

Their act, which is so full of joy and happiness due to the amount of experience that these children can draw upon, is very different to non-ethnic child acts, and it never fails to inspire anyone who comes into contact with it.

He says as the ensemble's head "Since it's pure joy to meet these little beings, so honest and natural, happy in their music. Their identity is very strong, they aspire to become like everyone else. Music and dance are tools of communication, a method to open up to the world, to integrate a particular form of upbringing. We build the bridges."

Happy birthday Ivan! "Verchovina" from your early balalaika in the below link comes as your birthday present. 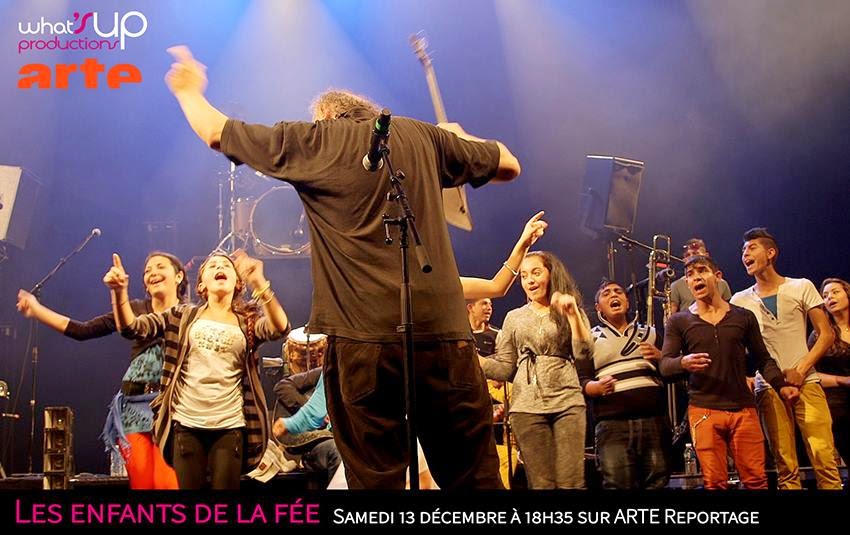