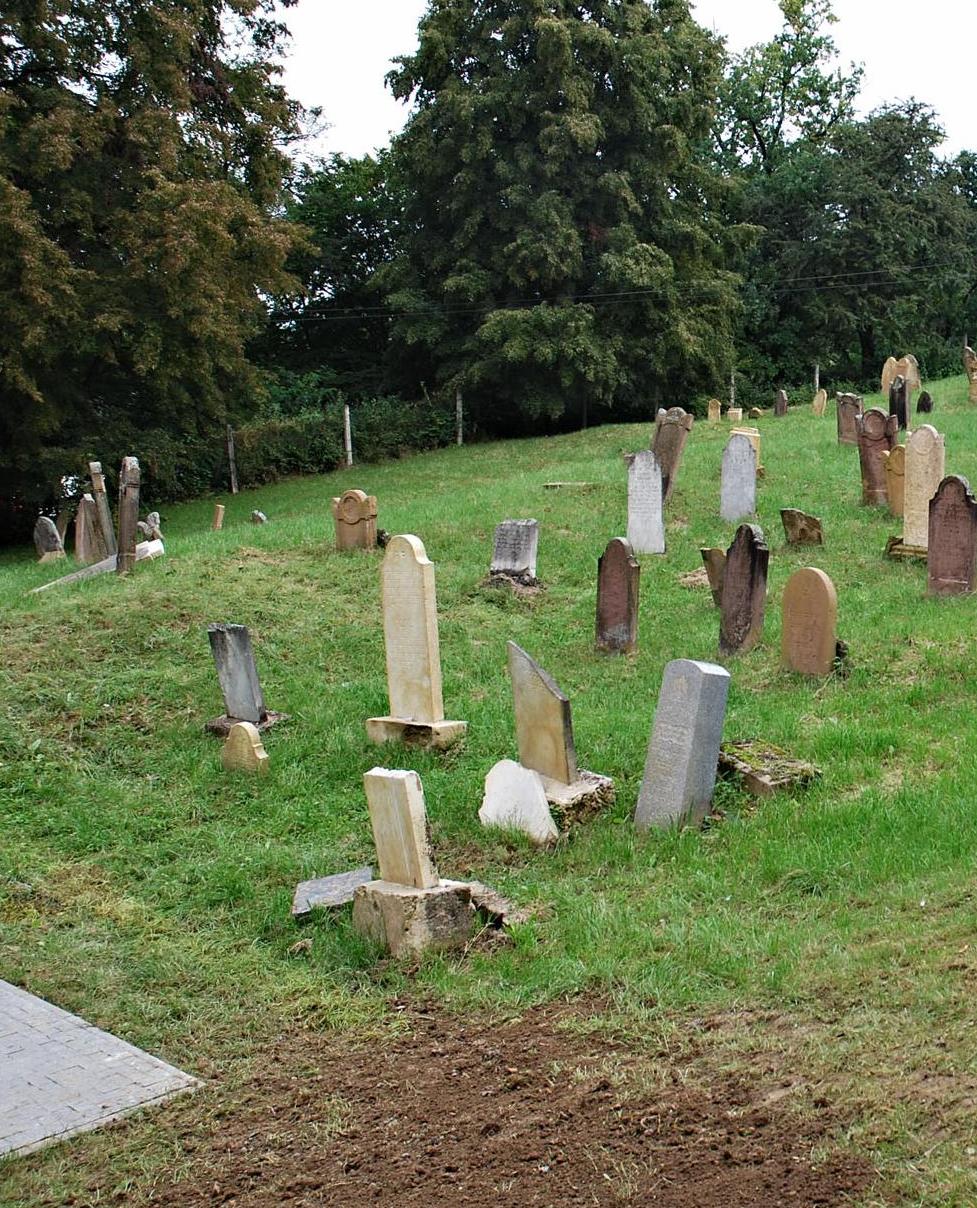 This report is sent to you with a delay because of family reasons and because  I wanted to attach the photos of the people, involved in our remarkable program, the cemetery and the Memory Wall under construction.

Aliza Bendory – Representative for the USA.

Our first aim was to raise funds for the erection of the Memory Wall. All public sources did not cover the necessary budget. For us this specific item seemed to be meaningful and highly important.

The participation of our “members” was a total fiasco. In spite of mayor Juris’ personal invitation and several promises to attend the meeting, I was the only one who came. On the other hand VIPs and officials plus local people and students were richly represented.

The program started with a photo exhibition under the title “Israel in the eye of a stranger “ The artistic work of Dr Martin Korčok was impressive. It was honored by Dep. Prime Minister DušanCaplovič within the official reception organized by Peter Fejkos’ staff Jarka and Ljuba.

The Rom Dancing and Singing Group “Kesaj Tshave”, created by the couple Helena & Ivan Akimov, presented Jewish, Rom and Hebrew songs and dances. The performance lasted over 2 hours and wasn’t boring  at all. They invited also a known French singer Mme Bielka.