"ALL DIFFERENTS, ALL EQUALS"

In the extreme west of Europe
The third week of August, Plozévet in the far west of Brittany, halfway between Quimper and the Pointe du Raz, becomes the crossroads of the world. Approximately 800 artists representing a dozen countries on 5 continents gather rendezvous. Each year, a week's time, our little town of barely 3,000 souls, is invaded to his greatest happiness by nearly 30,000 visitors. A challenge like to raise 200 volunteers of our association, competing imagination to concoct a program that may well envy their many very large, creating an incredible non-stop excitement in the streets of the village galas, concerts, parades, craft market, aperitif-concerts, tours, exhibitions etc... in all thirty shows or animations... Another priority for programmers: to offer festival goers a fair compromise between the ticketed and free events... thus making them accessible to event all...

From "Day Biniou" to "Mondial'Folk"
Founded in 1974, the folk festival, named "Feast of bagpipes" was from its inception considered one of the finest in Britain. In 1983, the event by opening its doors to the first international groups, becomes "International Folklore Festival". Since then, through that door open, rushed nearly 8,000 international artists and we can say today that "Mondial'Folk", often called "Ship of Peace" by the media, has stopped virtually all the world. Forget postcards ! Here, at the foot of the famous statue of ringers, move! Music, songs, costumes, dance... It's full of good humor and it lives. It is a call to life simply, that which shines in the eyes, which enchants the ears and dancing shoes. This is the popular joy, healthy, generous, free and fraternal !

Must visit the unusual and the traditional
If we can have some doubts about the solidarity displayed on the dream that the borders can abolish itself as easily as skins and ideas can be mixed with such harmony, one is forced to recognize that sound of bagpipes, Plozévet becomes, for a week, a place of unexpected meetings under the sign of friendship and peace... 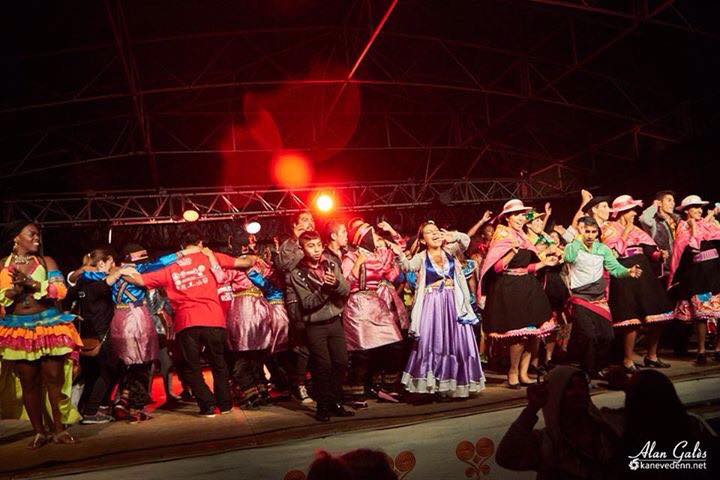