We continued as we started… with full force. Space of building in Castle Square no. 9, weren´t suitable for artistic exercises, but it was always full of children, who often came here in the morning, because they found here their shelter, and then, on the afternoon, when all dancers and singers came, they prepare their perfomances for many hours, every day, intensely… 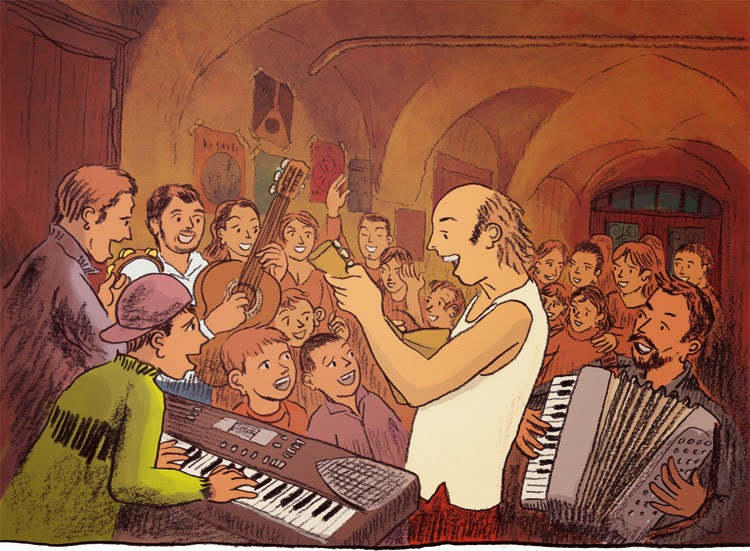 Results quickly arrived. The program was engaging, unusual, stunned audiences at home and abroad. But, as Jesus said: “A prophet is not without honor except in his home town”, and this old saying fits also on our group.  Kesaj Tchave had perfomances mainly beyond the borders of his homeland. Especially France, but increasingly also other countries (Hungary, Poland, Denmark, Italy, Macedonia, Slovenia, Belgium, etc.) had the opportunity to welcome young artists from Kesaj Tchave. 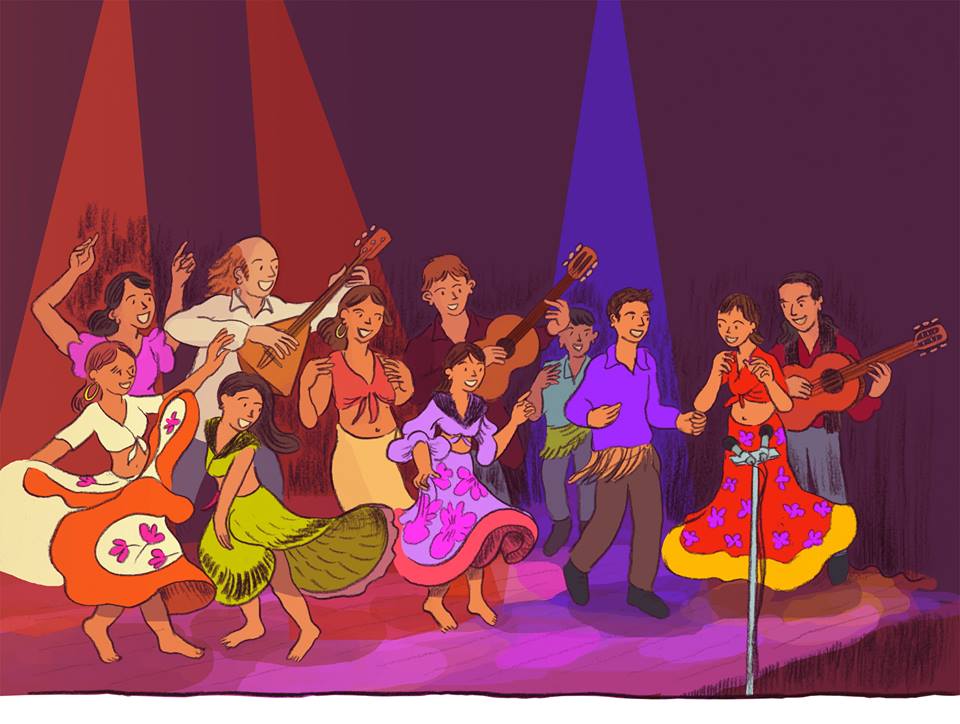 Years 2000-2005 were years of tremendous work, enthusiasm for learning and discovering of the new and unknown world, which provided international tours. But above it all hanged a sword of Damocles in the form of threats of eviction of Roma families from the city center. And the thing,  that seemed to be impossible, one day took place and almost all members of the group were evicted far away, to the Hungarian border, to the south of Slovakia.

We also record a CD in Košice which is the last footprint of this period of the history of the group Kesaj Tchave and we started to look for new members in Roma settlements near Kežmarok. 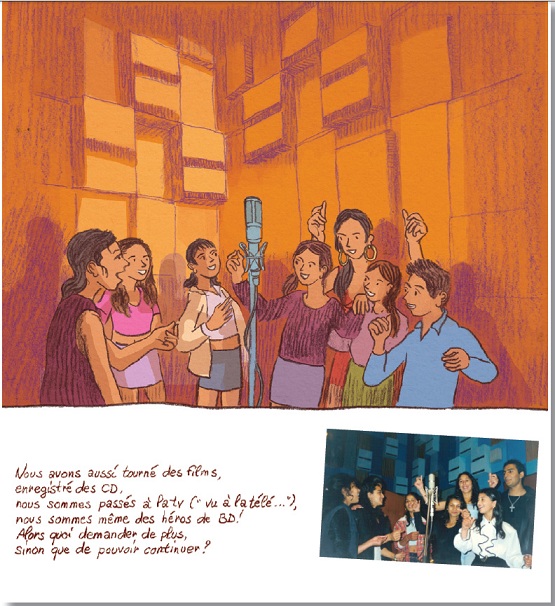 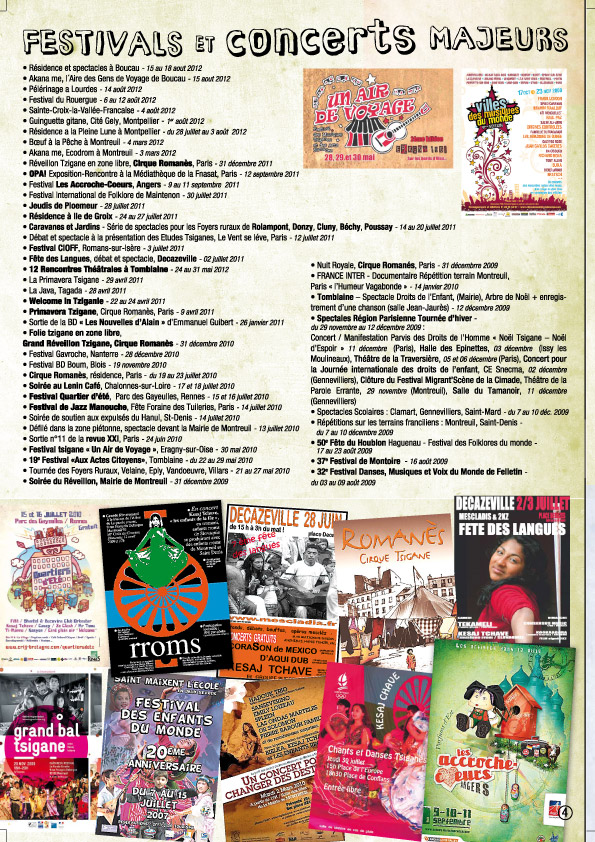 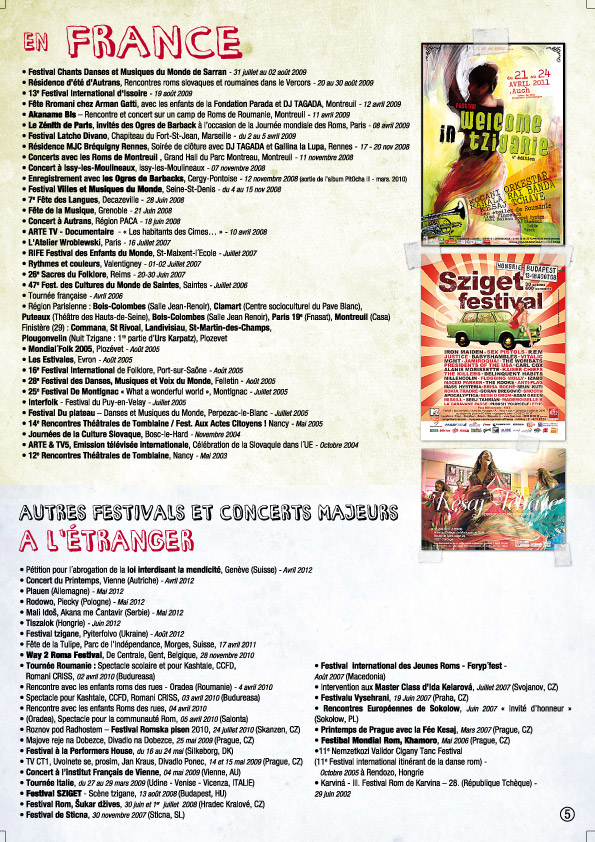 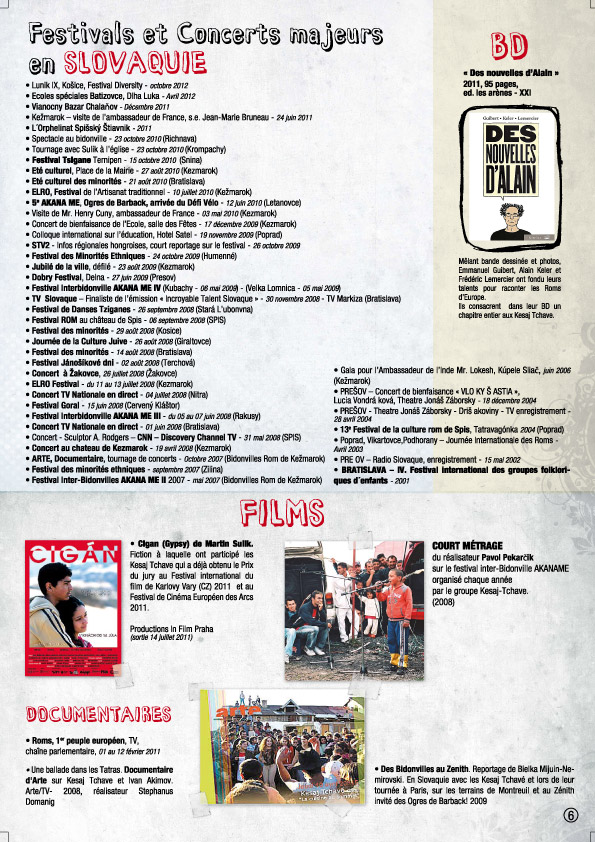 We build the bridges for them…..

There are several reasons why the remarkable, yet not very well known Slovakian gypsy ensemble Kesaj Children, or Kesaj čhave as they are called in the gypsy language, present a unique artistic entity among the performers of this years’ ‘Vyšehraní’.

The ensemble’s head, Ivan Akimov with his wife Helena, have saved this group of gypsy children from an empty and bitter life in the gypsy camps under the Tatra mountains, to which they were predestined only due to their birth. The existence of the ensemble answers the problematic question of gypsy children, who are usually left to care for themselves and live on the streets. Through music and dance, a powerful form of communication in its own right, the souls of these children can be made to blossom. Each of their concerts, where they never fail to win over their audience, shows that the skill and spirit with which they were born is a powerful way to break barriers and change the negative view that is generally given to the gypsy population.

The act, which is so full of joy and happiness due to the amount of experience that these children can draw upon, is very different to non-ethnic child acts, and it never fails to inspire anyone who comes into contact with it.

Worthy of further mention is the striking presence of Ivan Akimov, who despite his non-gypsy heritage, manages to bond the children together in a very playful and lively way. Mr. and Mrs. Akimov gave life to an ensemble without inhibition, yet full of discipline that is unusual for this ethnic group. All of it stems from the authority of Ivan Akimov, who combines the roles of director, father, elder brother and especially, a great friend of all the performers. “It’s not about the preservation of folklore, even less about humanitarian help or charity,” says Mr. Akimov, “Since it’s pure joy to meet these little beings, so honest and natural, happy in their music. Their identity is very strong, they aspire to become like everyone else. Music and dance are tools of communication, a method to open up to the world, to integrate a particular form of upbringing. We build the bridges.”

There is another being that helps to build the bridges. Her name is Kesaj and she is a fairy from gypsy fairytales, whose name the children borrowed for the group’s title. This fairy is capable of remarkable things, for example last night she received very little sleep because she had to travel with the children from Kežmarok and right after the show she will follow the children in their joint trip to France. This fairytale creature teaches that love can only be received by those who give love and help to others. Kesaj would surely be very proud of all you concert-goers, as you can feel good that by coming to listen to these young gypsy artists from Slovakia, you are helping a lot. And you shall be rewarded with completely authentic gypsy dances and songs, which you shall have the pleasure to watch non-stop for the next hour and a half. Enjoy the show!