Supported by the Visegrad fund

On the 28th of May Czech, Hungarian, Polish and Slovakian participants arrived in Camp Rodowo. They came with the aim of presenting their culture on a stage in Piecki by creating a play. They came high-motivated, with a lot of ideas and full buses; full of costumes, music instruments and requisites.

As there was another project taking place in Camp Rodowo at the same time the participants got to see two national evenings per day. Each national group organised their national evening during the week with the chance to present themselves and their cultural background. They sang, played music, danced (and invited to dance), made games, cooked for the others and gave information about their country. Some participants even showed a part of their play. The evenings were very lively and played an important role in the understanding of each other. The nights were long and included a lot of dancing.

Every morning the national groups had rehearsals to improve their plays and the participants watched each others' rehearsals. The group feeling was so inspiring and interactive that the groups played music and sang together even in their free time. They decided to sing their own creative version of 'Hallelujah' during the theatre event, which had parts of singing, shouting, gypsy dancing and whistling. Music was THE language of this project.

The final theatre event took place on the 2nd of June in Piecki, in front of the inhabitants and participants of another project. The Hungarian group started by showing traditional feasts in their traditional costumes. The Polish group showed a part of cabaret, the 'Legenda o smoku Wawelskim'. The Czech group showed some parts of history, danced, sang their national anthem and changed the stage into a hockey field. The Slovakian group were members of the “Kesaj Tchavé” music group. They showed many songs by singing and dancing in their colourful costumes with a huge intensity. In the end the whole group sang 'Hallelujah' and the viewers seemed to be very touched, and clapped very loudly.

It was very sad to say 'goodbye' after this great exchange of culture and emotions. 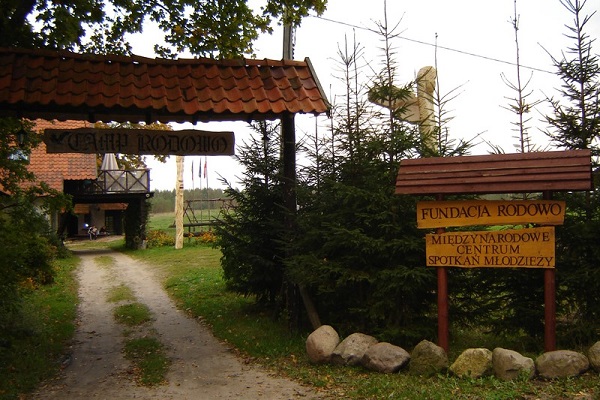